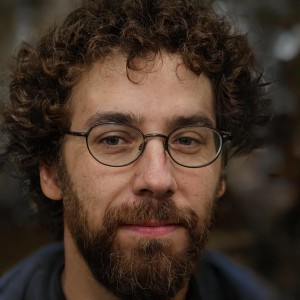 Fear usually descends on a city when it is plunged into chaos in spite of itself. Nothing to do with traffic jams, which are a perfectly acceptable form of urban chaos. On the other hand, when the gendarmes start climbing the roofs to catch the thieves, then nothing goes wrong.

A serial killer kills Parisian women. The Commissioner is leading the investigation…

Nora Elmer (Lea Massari) is harassed on the phone by a man who threatens to visit her in her apartment in Courbevoie. On a misunderstanding, she finds herself suffering from a heart ailment and falls from her 17th floor window which had remained stupidly open. Commissioner Letellier (Jean-Paul Belmondo) is sent to the scene to observe the tragedy with all the cynicism that characterizes it.

What a beautiful job ours: people jump, we pick them up… It’s nice, isn’t it?

Moved to the criminal after an imbroglio that claimed the life of one of his colleagues, Letellier would instead be on the hunt for his nemesis, Marcucci (Giovanni Cianfriglia). Instead, he must be content to find the man who calls himself Minos in reference to the Divine Comedy and who has set out to assassinate women. His message to the police is unambiguous.

Tonight, justice is done…She was a vile bitch who messed up even the most sacred grief. I would now be the arm of a justice that will condemn and ruthlessly execute all those who wallow in this immense sexual mud that overwhelms the world.

Germaine Doizon (Rosy Varte) joins the list of victims, then nurse Hélène Grammont (Catherine Morin) strangled at her workplace by her colleague Pierre Valdeck (Adalberto Maria Merli), aka Minos. Actress X Pamela Sweet (Germana Carnacina) is next on her list.

He is twelve years old, his organs have reached a functioning capacity with a total outbreak of desire. Well, that’s when a barricade is erected in front of him of notions such as indecency, shame, censorship, sin, hell, punishment, moral disapproval, etc. These are notions that we have invented from scratch to create precisely in him this sexual refoulement.

Letellier prefers action to chatter. He intervenes to neutralize the offender – and take advantage of it to give him a good beating. Letellier was finally congratulated by his boss, the divisional commissioner Jean Sabin (Jean Martin), with whom relations were not always tender.

Well done! It’s great to have done that.

No… just have a small face and big arms!

Fear in the city is giving full power to the police.

The first oil shock of 1973 served as an electroshock to France to get out of its Thirty Glorious. No more full employment (cf La Zizanie), the fun and especially finished May 68! The government of Giscard d’Estaing intends to give a serious turn of the screw in order to dispel the remnants of the protest spirit of the previous decade. I’m sick of those students who treat the SS cops! We would have liked to see these idealists in front of the real members of the protection squadrons… No but ho!

And then first what has brought us the sexual revolution if not women liberated on one side, and on the other the frustrated like Pierre Valdeck – otherwise much appreciated by his mother.