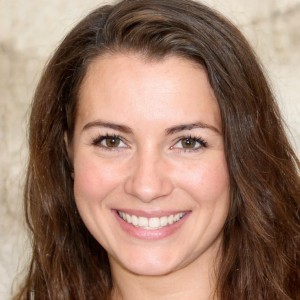 By having your nose in the handlebars, you take the risk of not being able to distinguish the road. We voluntarily get caught up in our daily lives. Oddly enough, no one forces us to spend our time in meetings. We deprive ourselves of the means to understand the value of our existence. As if we hoped to be able to find the solution collectively during a workshop. The meaning of life, however, is not written on post-it notes stuck to the wall.

Suze Trappet (Virginia Efira) learns from her doctor (Bouli Lanners) that she suffers from an autoimmune disease and that her days are numbered.

It all depends on what you call having time…

Knowing that she was doomed, she set out to find the child to whom she gave birth 28 years ago during an X-ray birth, by the will of her parents. She was only 15 at the time.

For his part, JB (Albert Dupontel) learns from his boss Mr. Kurtzman (Philippe Uchan) that he will be replaced by a graduate out of school, despite his plans for the North Division and his hopes of taking over the leadership. A lifetime for nothing (see Mr Schmidt).

I think it’s too unfair. Excuse my rudeness but… farewell to the jerks!

Unfortunately, his suicide attempt failed and caused a serious injury. By chance, Suze Trappet was in the administration offices at the time. In the confusion, the young woman takes the opportunity to kidnap the official who can help her find her lost file in the archives of the DDASS.

Through Dr. Lint (Jackie Berroyer), and with the help of Mr. Blin (Nicolas Marié), JB and Suze find the trail of the child: Adrien (Bastien Ughetto), a young normalian a little nerd on the edges, completely in love and totally stuffed (cf Her).

He writes stupid poems. He’s not well, he’s in love… Poor kid! He’s hiding. It doesn’t even have his name on the mailbox.

JB hacks into the security system of Adrien’s company so that the young man gets stuck in the same elevator as Clara (Marilou Aussilloux), whom he is in love with. Suze takes the microphone and forces his hand to his son, Mickey 3D style.

I love you, these are the most important words to say in a lifetime. Don’t be afraid to say them.

I’m not afraid to say I care about you.

Played by the police, the couple is finally executed dryly while he is kissing.

It is no longer necessary to demonstrate that our world is not for the old (see No country for old men). Indeed, young people have imposed the tyranny of real time, a kind of dictatorship of FOMO, and no longer have any respect for wisdom. JB’s paying for it. His experience is useless. His years of good and loyal service are brushed aside by the unscrupulous Mr. Kurtzman, who prefers to choose a young wolf (cf Wolf).

The system identifies each of its elements, feeds copiously on their ambitions.